Elaine Stimson Warren Woods is a green oasis on Payne Road between Eight Corners and Cabela’s, with frontage on the Nonesuch River.

Open year round.
Leave no trace. 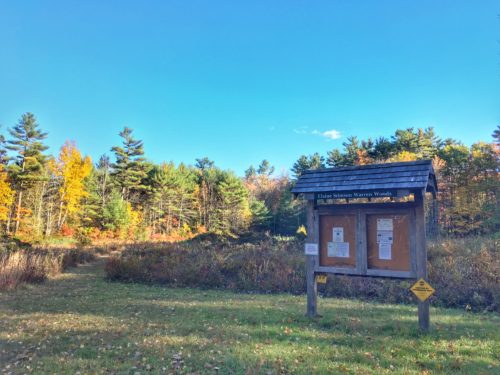 How to get there

Get directions to the trailhead location.

Download the PDF and print it to bring along when you visit. 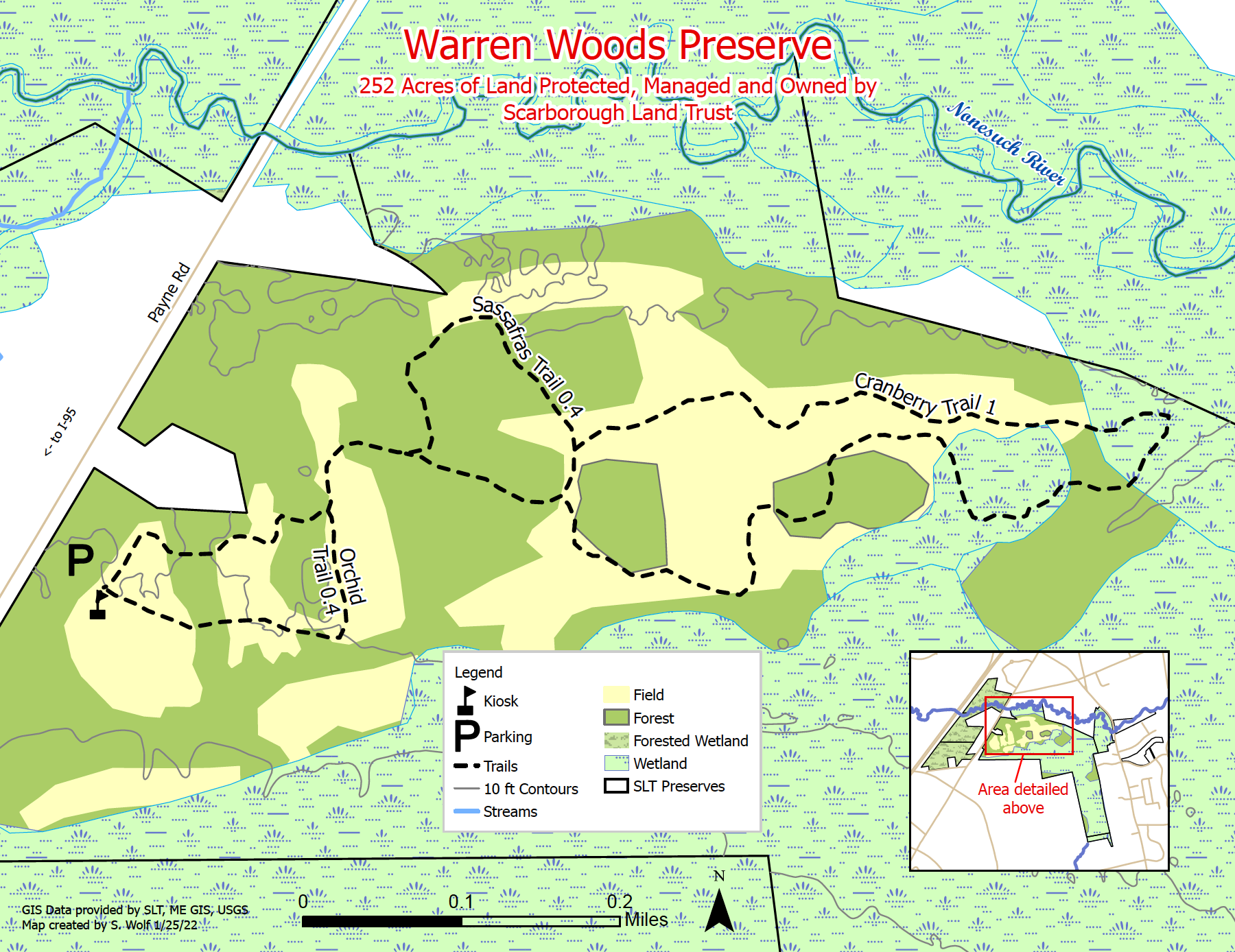 Want to join others who help maintain these trails for the community?

A mix of open fields, mature woods, streams, and wetlands, including 15 acres of Scottow Bog, a pitch pine bog considered a rare natural community in Maine. The property also has at least 3 functioning man-made vernal pool habitats, a large area of Nonesuch River floodplain, and large areas of mature forested uplands. The land is remarkably free of invasive species, and has abundant wildflowers, including unusual bog species such as wild orchid and carnivorous sundews.

In 2012, SLT purchased 162 acres from C. Harvey Warren, with plans to deed 6 acres to the Town of Scarborough. Harvey’s wife Elaine Warren, who died in 2009, was a long-time SLT Board member, conservationist and educator. Their daughter, Becky Seel, was one of SLT’s founding directors. Harvey died in 2015, at the age of 90.

In 2021, SLT began the campaign to expand Warren Woods, increasing the size of the property from the original 162 acres, to 258.5 acres, stretching across both sides of Payne Rd, and including more land along the Nonesuch River.

More trails will be created in the future.

Map of all conserved land in Scarborough